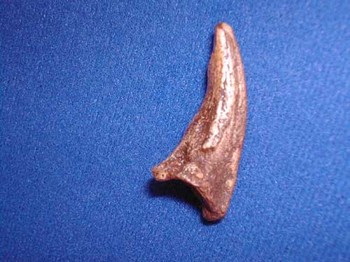 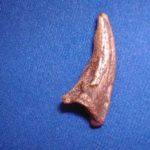 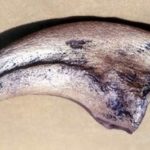 Ammosaurus (“sand lizard”) is a genus of sauropodomorph dinosaur from the Early and Middle Jurassic Period of North America. At 4 meters (13 feet) in length, it was small compared to some other members of its suborder, which included the largest animals ever to walk the Earth. Gregory S. Paul estimated its weight at 70 kg in 2010.

Ammosaurus skeleton was established in the late 1880s by a group of construction workers in the Connecticut Valley in the US, who were constructing, a bridge at the time. The valley was once a swamp, on which Ammosaurus would search for food along its banks. Other fragmental skeletons have been found in Arizona and Nova Scotia.

Ammosaurus is found in the Natural History Museum. Othniel C. Marsh first recognized Ammosaurus’s remains, he confused them with those of another dinosaur, Anchisaurus. In 1891 he renamed the fossils as that of Ammosaurus. Ironically, some of the Anchisaurus bones were thought to be remains of prehistoric humans. Although no Ammosaurus skull has ever been found, enough fossils were found to decide that it was more closely related to Plateosaurus than Anchisaurus as previously thought.

Ammosaurus Dinosaur lived during the early Jurassic period, around 180 million years ago. It was a herbivore and could walk on both four or two feet, the latter undoubtably allowing it to reach higher branches. It had large claws on its hands to allow it to strip bark from trees and saplings. Compared to the relax of its body, Ammosaurus had both a long tail and neck, suggesting that it would have walked on four legs for most of its life, only on foot on two to defend itself or reach food. To defend itself, it would stand on its hind legs, slashing at its assailant with its large thumb claws on its fore legs.