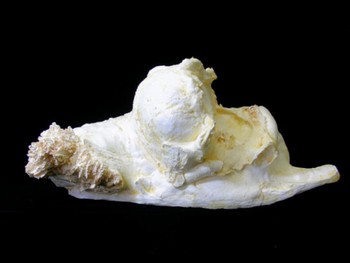 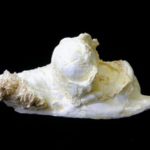 The Asian elephant or Elephas maximus, also known as the Asiatic elephant, is the only living species of the genus Elephas and is distributed throughout the Indian subcontinent and Southeast Asia, from India in the west, Nepal in the north, Sumatra in the south, and to Borneo in the east. Three subspecies are recognised, E. m. maximus from Sri Lanka, E. m. indicus from mainland Asia and E. m. sumatranus from the island of Sumatra.

The Asian elephant is the largest living land animal in Asia. Since 1986, they have been listed as Endangered on the IUCN Red List, as the population has declined by at least 50 percent over the last three generations, which is about 60 to 75 years. It is primarily threatened by loss of habitat, habitat degradation, fragmentation and poaching. In 2003, the wild population was estimated at between 41,410 and 52,345 individuals. Female captive elephants have lived beyond 60 years when kept in semi-natural surroundings, such as forest camps. In zoos, they die at a much younger age; captive populations are declining due to a low birth and high death rate.

The Asian elephant is smaller than the African bush elephant and has the highest body point on the head. The back is convex or level. The ears are small with dorsal borders folded laterally. It has up to 20 pairs of ribs and 34 caudal vertebrae. The feet have more nail like structures than those of African elephants, five on each forefoot, and four on each hind foot. The forehead has two hemispherical bulges, unlike the flat front of the African elephant.

They have a very large and highly developed neocortex, a trait also shared by humans, apes and certain dolphin species. They have a greater volume of cerebral cortex available for cognitive processing than all other existing land animals. Results of studies indicate that Asian elephants have cognitive abilities for tool use and tool making similar to great apes.