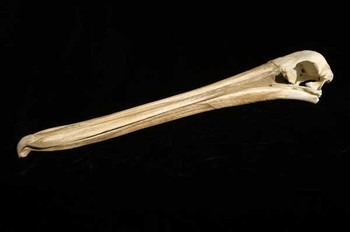 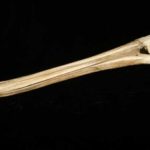 The brown pelican or Pelecanus occidentalis is a North American bird of the pelican family, Pelecanidae. It is one of three pelican species found in the Americas and one of two that feed by diving in water.

It is found on the Atlantic Coast from Nova Scotia to the mouth of the Amazon River, and along the Pacific Coast from British Columbia to northern Chile, including the Galapagos Islands. T

The nominate subspecies in its breeding plumage has a white head with a yellowish wash on the crown. The nape and neck are dark maroon brown. The upper sides of the neck have white lines along the base of the gular pouch, and the lower fore neck has a pale yellowish patch. The male and female are similar, but the female is slightly smaller.

The brown pelican or Pelecanus occidentalis is the smallest of the nine pelican species, but is often one of the larger seabirds in their range nonetheless. It measures 3 ft 3 in to 5 ft in. in length and has a wingspan of 6 ft 8 in to 7 ft 6 in. The weight of adults can range from 4.4 to 11.0 lbs.

The brown pelican or Pelecanus occidentalis mainly feeds on fish, but occasionally eats amphibians, crustaceans, and the eggs and nestlings of birds. It nests in colonies in secluded areas, often on islands, vegetated land among sand dunes, thickets of shrubs and trees, and mangroves. Female Pelecanus occidentalis lay two or three oval, chalky white eggs. Incubation takes 28 to 30 days with both sexes sharing duties.

The newly hatched chicks are pink, turning gray or black within 4 to 14 days. About 63 days are needed for chicks to fledge. Six to 9 weeks after hatching, the Pelecanus occidentalis juveniles leave the nest, and gather into small groups known as pods.