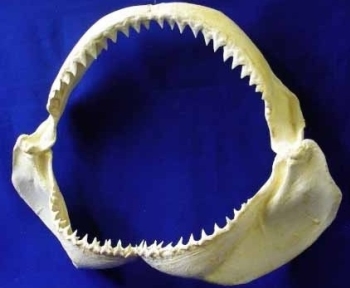 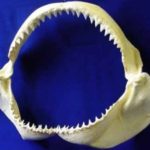 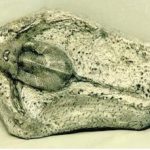 Bull Shark Requiem Jaws Replica measures 15.x13.5 x4 inches. The Bull Shark Requiem Jaws Replica is Museum Quality Polyurethane cast made in USA. Archarhinus leucas; From large and dangerous requiem shark. World-wide tropics and subtropics. Off shore and coastal rivers and lakes. The bull shark, Carcharhinus leucas, also known as the bull whaler, Zambezi shark or informally Zambi in Africa and Nicaragua shark in Nicaragua, is common worldwide in warm, shallow waters along coasts and in rivers. The bull shark is well known for its unpredictable, often aggressive behavior. Many scientists agree that since bull sharks often dwell in shallow waters, they may be more dangerous to humans than any other species of sharks. Unlike most other marine sharks, bull sharks tolerate fresh water. They can travel far up rivers. As a result, they are probably responsible for the majority of shark attacks on humans that take place near the shore, including many attacks attributed to other species. However, bull sharks are not true freshwater sharks.

Bull sharks are large and stout, with females being larger than males. The bull shark can be up to 2.66 feet in length at birth. Adult female bull sharks average 7.9 feet long and typically weigh 290 lbs, whereas the slightly smaller adult male averages 7.4 feet and 209 lbs. While a maximum size of 11 feet is commonly reported, a single record exists of a female specimen of exactly 13.1 feet. Bull sharks are wider and heavier than other requiem sharks of comparable length, and are grey on top and white below. The second dorsal fin is smaller than the first. The bull shark’s caudal fin is longer and lower than that of the larger sharks, and it has a small snout, and lacks an inter-dorsal ridge.