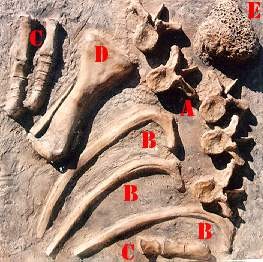 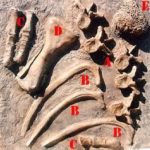 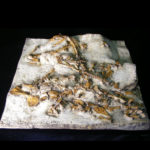 Albertosaurus Element Sandbox Panel
0 out of 5
( There are no reviews yet. )

Its name means ‘opening lizard’, referring to the large openings in its frill. Chasmosaurus had three main facial horns – one on the nose and two on the brow.

Chasmosaurus was a medium-size ceratopsid. In 2010 G.S. Paul estimated the length of C. belli at 4.8 meters, its weight at two tonnes; C. russelli would have been 4.3 metres long and weighed 1.5 tonnes. Chasmosaurus had three main facial horns – one on the nose and two on the brow. These horns are quite short. The frill of Chasmosaurus is very elongated and broader at the rear than at the front. It is hardly elevated from the plane of the snout. With C. belli the rear of the frill is V-shaped and its sides are straight. With C. russelli the rear edge is shaped as a shallow U, and the sides are more convex. The sides were adorned by six to nine smaller skin ossifications (called episquamosals) or osteoderms, which attached to the squamosal bone. The corner of the frill featured two larger osteoderms on the parietal bone. With C. russelli the outer one was the largest, with C. belli the inner one. The remainder of the rear edge lacked osteoderms. The parietal bones of the frill were pierced by very large openings, after which the genus was named: the parietal fenestrae. These were not oval in shape, as with most relatives, but triangular, with one point orientated towards the frill corner.

Chasmosaurus shared its habitat, the east coast of Laramidia, with successive species of Centrosaurus. A certain niche partitioning is suggested by the fact that Chasmosaurus had a longer snout and jaws and might have been more selective about the plants it ate.