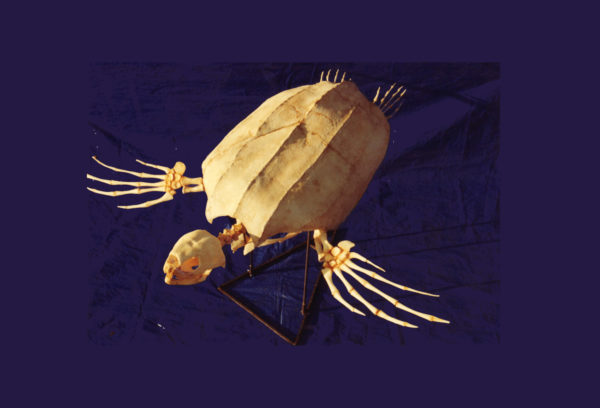 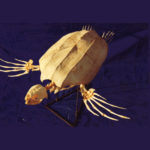 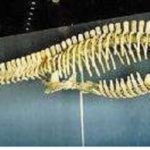 Plesiosaur Skeleton Mounted Replica
0 out of 5

Cretaceous sea turtle or Protostega gigas is known to have reached up to 3 meters in length. Cope’s Protostega gigas discovery reveled that their shell had a reduction of ossification that helped these huge animals with streamlining in the water and weight reduction.

The carapace of the Cretaceous sea turtle or Protostega gigas was greatly reduced and the disk only extending less than half way towards the distal ends of the ribs. Cope described other greatly modified bones in his specimen including an extremely long coracoid process that reached all the way to the pelvis and a humerus that resembled a Dermochelys. Creating better movement of their limbs.

Another Cretaceous sea turtle or Protostega gigas fossilized specimen showed a bony extension, that would have been viewed as a beak, was lacking in the Protostega genus. The premaxillary beak was very shorted then Archelon. In front of the orbital region was elongated with broadly roofed temporal region.

The jaws of the fossil showed a large crushing-surfaces. The quadrato-jugal was triangular with a posterior edge that was concave and the entire bone was convex from distal view. The squamosal appeared to have a concave formation on the surface at the upper end of the quadrate.