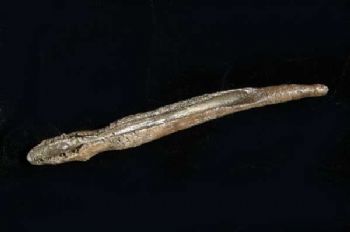 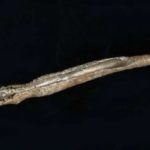 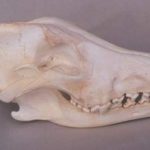 Gray Timber Wolf Skulls Replicas Models
0 out of 5
( There are no reviews yet. )

The dire wolf is the largest species of the genus Canis known to have existed. Its shape and proportions were similar to those of two modern North American wolves: the Yukon wolf and the Northwestern wolf.

The dire wolf had smaller feet and a larger head when compared with a northern wolf of the same body size. The skull length could reach up to 310 mm (12 in) or longer, with a broader palate, frontal region, and zygomatic arches compared with the Yukon wolf. These dimensions make the skull very massive. Parts of a vertebral column have been assembled, and it was found to be similar to that of the modern wolf, with the same number of vertebrae.

Geographic differences in dire wolves were not detected until 1984, when a study of skeletal remains showed differences in a few cranio-dental features and limb proportions between specimens from California and Mexico and those found from the east of the Continental Divide.

A study of the cranial measurements and jaw muscles of dire wolves found no significant differences with modern gray wolves in all but 4 of 15 measures. Upper dentition was the same except that the dire wolf had larger dimensions, and the P4 had a relatively larger, more massive blade that enhanced slicing ability at the carnassial. The jaw of the dire wolf had a relatively broader and more massive temporalis muscle, able to generate slightly more bite force than the gray wolf. Due to the jaw arrangement, the dire wolf had less temporalis leverage than the gray wolf at the lower carnassial (m1) and lower p4, but the functional significance of this is not known. The lower premolars were relatively slightly larger than those of the gray wolf, and the dire wolf m1 was much larger and had more shearing ability. The dire wolf canines had greater bending strength than those of living canids of equivalent size and were similar to those of hyenas and felids. All these differences indicate that the dire wolf was able to deliver stronger bites than the gray wolf, and with its flexible and more rounded canines was better adapted for struggling with its prey.