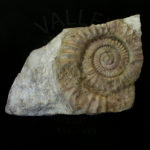 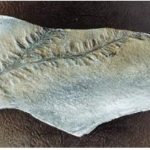 The Ginkgo is a living fossil, with fossils recognizably related to modern Ginkgo from the Permian, dating back 270 million years.

Ginkgos are large trees, normally reaching a height of 66–115 feet, with some specimens in China being over 160 feet. The tree has an angular crown and long, somewhat erratic branches, and is usually deep rooted and resistant to wind and snow damage. Young trees are often tall and slender, and sparsely branched; the crown becomes broader as the tree ages.

During autumn, the Gingko leaves turn a bright yellow, then fall, sometimes within a short space of time (one to 15 days). A combination of resistance to disease, insect-resistant wood and the ability to form aerial roots and sprouts makes ginkgos long-lived, with some specimens claimed to be more than 2,500 years old.

Ginkgo is a relatively shade-intolerant species that (at least in cultivation) grows best in environments that are well-watered and well-drained. The species shows a preference for disturbed sites; in the “semiwild” stands at Tianmu Mountains, many specimens are found along stream banks, rocky slopes, and cliff edges. Accordingly, ginkgo retains a prodigious capacity for vegetative growth. It is capable of sprouting from embedded buds near the base of the trunk (lignotubers, or basal chichi) in response to disturbances, such as soil erosion.

Old individuals are also capable of producing aerial roots on the undersides of large branches in response to disturbances such as crown damage; these roots can lead to successful clonal reproduction upon contacting the soil. These strategies are evidently important in the persistence of ginkgo; in a survey of the “semiwild” stands remaining in Tianmushan, 40 percent of the specimens surveyed were multistemmed, and few saplings were present.