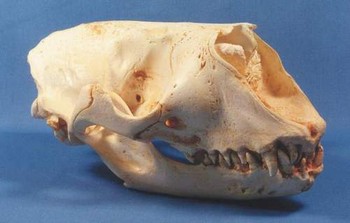 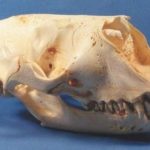 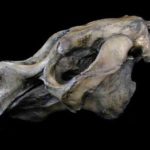 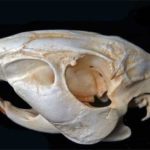 Capybara Adult Skulls Replicas Models
0 out of 5
( There are no reviews yet. )

The grey seal (Halichoerus grypus) is found on both shores of the North Atlantic Ocean. It is a large seal of the family Phocidae which are commonly referred to as “true seals” or “earless seals. They are also known as Atlantic seal and the horsehead seal.

This is a fairly large seal, with bulls in the eastern Atlantic populations reaching 6 ft 5 in–7 ft 7 in. long and weighing 370–680 lbs. It has a straight head profile, nostrils set well apart, and spots on its body. Grey seals lack external ear flaps and characteristically have large snouts. Bull Greys have larger noses and a less curved profile than common seal bulls. Males are generally darker than females, with lighter patches and often scarring around the neck. Females are silver grey to brown with dark patches.

The grey seal feeds on a wide variety of fish, mostly benthic or demersal species, taken at depths down to 230 feet or more. Sand eels are important in its diet in many localities. Cod and other gadids, flatfish, herring, wrasse and skates are also important locally. It is clear that the grey seal will eat whatever is available, including octopus and lobsters.