“Domestic Duck Skull Replica” has been added to your cart. 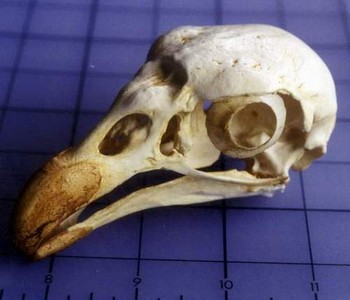 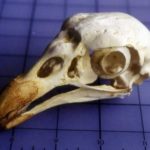 The king vulture or Sarcoramphus papa is a large bird found in Central and South America. It is a member of the New World vulture family Cathartidae. This vulture lives predominantly in tropical lowland forests stretching from southern Mexico to northern Argentina.

Large and predominantly white, the king vulture has gray to black ruff, flight, and tail feathers. The head and neck are bald, with the skin color varying, including yellow, orange, blue, purple, and red. The king vulture or Sarcoramphus papa has a very noticeable orange fleshy caruncle on its beak. This vulture is a scavenger and it often makes the initial cut into a fresh carcass.

The king vulture or Sarcoramphus papa is the largest of the New World vultures. Its overall length ranges from 26 to 32 in. and its wingspan is 4 to 7 ft. Its weight ranges from 6 to 10 lbs. An imposing bird, the adult king vulture or Sarcoramphus papa has predominantly white plumage, which has a slight rose-yellow tinge to it. In stark contrast, the wing coverts, flight feathers and tail are dark grey to black, as is the prominent thick neck ruff.

The head and neck are devoid of feathers, the skin is shades of red and purple on the head, vivid orange on the neck and yellow on the throat. On the head, the skin is wrinkled and folded, and there is a highly noticeable irregular golden crest attached on the cere above its orange and black bill;this caruncle does not fully form until the bird’s fourth year.

The king vulture or Sarcoramphus papa has the largest skull and braincase, and strongest bill of the New World vultures. This bill has a hooked tip and a sharp cutting edge. The bird has broad wings and a short, broad, and square tail. The irises of its eyes are white and bordered by bright red sclera. The king vulture lacks eyelashes. It also has gray legs and long, thick claws.