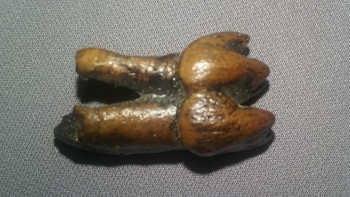 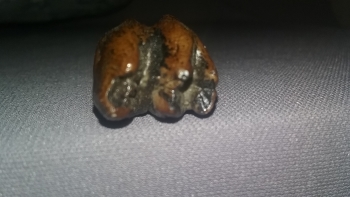 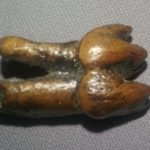 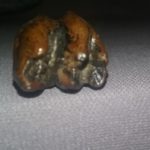 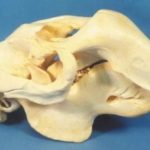 Dugong Skull Replica
0 out of 5
( There are no reviews yet. )

Manatee Tooth Replica – Florida Pleistocene – Museum quality replicas are cast in durable Polyurethane resins.
Made in USA. Manatees are large, fully aquatic, mostly herbivorous marine mammals sometimes known as sea cows. There are three accepted living species of Trichechidae, representing three of the four living species in the order Sirenia: the Amazonian manatee, the West Indian manatee, and the West African manatee. Manatees’ only teeth are called marching molars. Throughout a manatee’s life, the molars are constantly replaced, an adaption to their diet of abrasive vegetation. Manatees are herbivores. At sea, they tend to prefer sea grasses. When they live in rivers, they consume freshwater vegetation. Manatees also eat algae. According to National Geographic, a manatee can eat a tenth of its own weight in 24 hours. That can equal up to 130 lbs.

Manatees often swim alone or in pairs. They are not territorial, so they have no need for a leader or followers. When manatees are seen in a group, it is either a mating herd or an informal meeting of the species simply sharing a warm area that has a large food supply. A group of manatees is called an aggregation. An aggregation usually never grows larger than about six individuals.

Manatees have four rows of teeth. There are 6 to 8 high-crowned, open-rooted molars located along each side of the upper and lower jaw giving a total of 24 to 32 flat, rough-textured teeth. Eating gritty vegetation abrades the teeth, particularly the enamel crown; however, research indicates that the enamel structure in manatee molars is weak. To compensate for this, manatee teeth are continually replaced. When anterior molars wear down, they are shed. Posterior molars erupt at the back of the row and slowly move forward to replace these like enamel crowns on a conveyor belt, similarly to elephants. This process continues throughout the manatee’s lifetime. The rate at which the teeth migrate forward depends on how quickly the anterior teeth abrade.