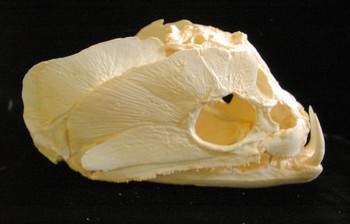 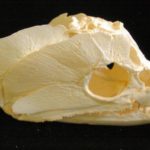 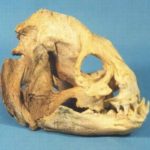 The Payara Wolf Fish or hydrolycus scomberoides is also called Vampire fish, wolf fish, Dracula fish, dogtooth characin, dogtooth tetra and Saber-toothed tiger fish. It has silver scales, spiked teeth and two long fangs that jut upwards from the lower jaw. In addition to the sharp, spiky daggers that line their gums, payaras have two elongated fangs that rise from their lower jaws. These fangs can extend a whopping 4-6 inches, and they’re so big that payaras are born with holes in their upper jaws that can house them.

The most noticeable feature of H. scomberoides is the two long fangs protruding from its lower jaw. These are used to impale their prey, mostly smaller fish. It typically reaches a standard length of about 30 cm 1.0 ft.

The payara, which is also sold as the saber tooth barracuda, vampire fish, vampire tetra, or saber tusk barracuda, is a popular species for large, aggressive aquariums. It requires a large aquarium and can only be mixed with relatively large species, as smaller will be seen as potential prey.

H. scomberoides is overall silvery with a dark spot behind the opercle and another at the lower base of the pectoral fin. In adults the tail is dusky on the basal half, turning paler (more transparent) towards the tip.