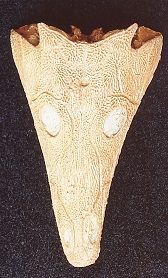 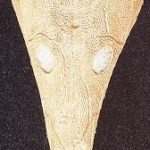 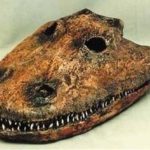 Eryops Megacephalus Dinosaur Skull Replica
0 out of 5
( There are no reviews yet. )

The Stereospondyli are a group of extinct temnospondyl amphibians. They had simplified backbones, where the whole vertebra was made of a single intercentrum, topped by a neural arch. The whole vertebral structure was rather weak, meaning that most stereospondyls were aquatic. The family Plagiosauridae appear to have been wholly aquatic and retained their larval gills in adulthood.