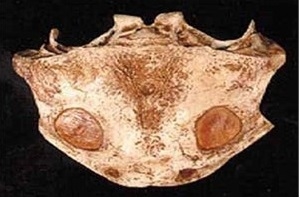 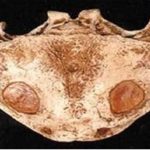 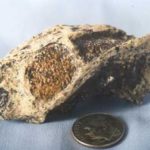 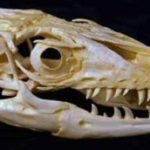 Salvator Two-Banded Monitor Skull Replica
0 out of 5
( There are no reviews yet. )

Vigilius wellesi x-Hadrokosaurus radii welles Skull Replica – Dinosaur fossil replica. Vigilius was found in an area alongside Arizona State Route 46 overlooking the Grand Canyon. Museum quality replicas are cast in durable Polyurethane resins. Made in USA. Time: Amphibian of the Late Triassic. Location: Moenkoepi Formation of Arizona. On display: UC Berkeley, California, USA. Vigilius is an extinct genus of brachyopid temnospondyl amphibian from the Triassic of Arizona. It is known from the single type species Vigilius wellesi. The species was named in honor of Welles. Several bones found around the Grand Canyon site were also attributed to Vigilius, including a pterygoid bone that was described in 1971 as a scapulacoracoid. Additional remains were found 10 kilometres (6.2 mi) west of Holbrook, Arizona.