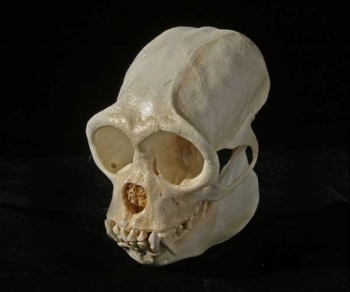 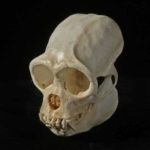 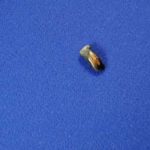 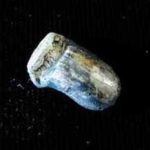 Mandrill Baboon Left Front Nail Replica
0 out of 5
( There are no reviews yet. )

Woolly monkeys are closely related to spider monkeys. They have a thick brown coat with dark gray appendages. The stomach area is black and heads are light brown. The fur color is the same for both males and females. Variation in color exist among subspecies. A prehensile tail assists in climbing and fulfills many functions of an opposable thumb. Arm and legs are about equal in length. All species are large, weighing around 15 lbs.

The species lives in social groups ranging from 10 to 45 individuals. Foraging groups, however, tend to consist of two to six individuals which branch out from the main group, probably intended to reduce food competition between individuals.  Each group is governed and led by an alpha male. Shortly after the females reach maturity, they leave their natal groups to avoid any occurrence of inbreeding, while males tend to remain in their natal groups.

Play not only serves as a bonding process to rekindle relationships among individuals, but is also a way the species establishes a hierarchy or social pecking order, as well as passive food sharing, which is also considered a common routine in the species. Woolly monkeys have an elaborate system of vocalization and olfactory, visual, and tactile communication.