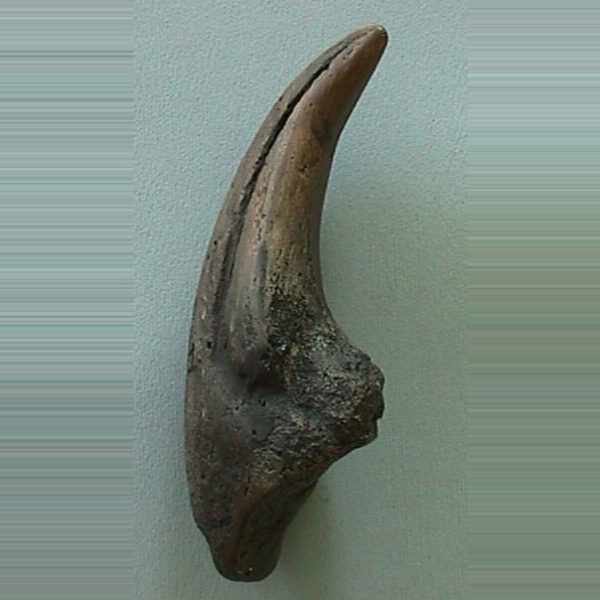 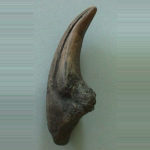 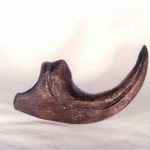 Allosaurus Fragilis Claw Replica
0 out of 5
( There are no reviews yet. )

Acrocanthosaurus or Acracanthus meaning “high-spined lizard” is a genus of theropod dinosaur that existed in what is now North America during the Aptian and early Albian stages of the Early Cretaceous. Like most dinosaur genera, Acrocanthosaurus or Acracanthus contains only a single species, A. atokensis. Its fossil remains are found mainly in the U.S. states of Oklahoma, Texas, and Wyoming, although teeth attributed to Acrocanthosaurus have been found as far east as Maryland, suggesting a continent wide range.

Acrocanthosaurus or Acracanthus was a bipedal predator. It is best known for the high neural spines on many of its vertebrae, which most likely supported a ridge of muscle over the animal’s neck, back, and hips. Acracanthus was one of the largest theropods, reaching 38 ft. in length, and weighing up to 6.8 short tons. Large theropod footprints discovered in Texas may have been made by Acrocanthosaurus, although there is no direct association with skeletal remains.

Recent discoveries have elucidated many details of its anatomy, allowing for specialized studies focusing on its brain structure and forelimb function. Acrocanthosaurus or Acracanthus was the largest theropod in its ecosystem and likely an apex predator which preyed on sauropods, ornithopods, and ankylosaurs.

The name was coined in 1950 by American paleontologists J. Willis Stovall and Wann Langston Jr. Langston had proposed “Acracanthus atokaensis” for the genus and species in his unpublished 1947 master’s thesis, but it was changed to Acrocanthosaurus atokensis for formal publication.

A more complete skeleton NCSM 14345, nicknamed “Fran” was recovered from the Antlers Formation of Oklahoma by Cephis Hall and Sid Love, prepared by the Black Hills Institute in South Dakota.