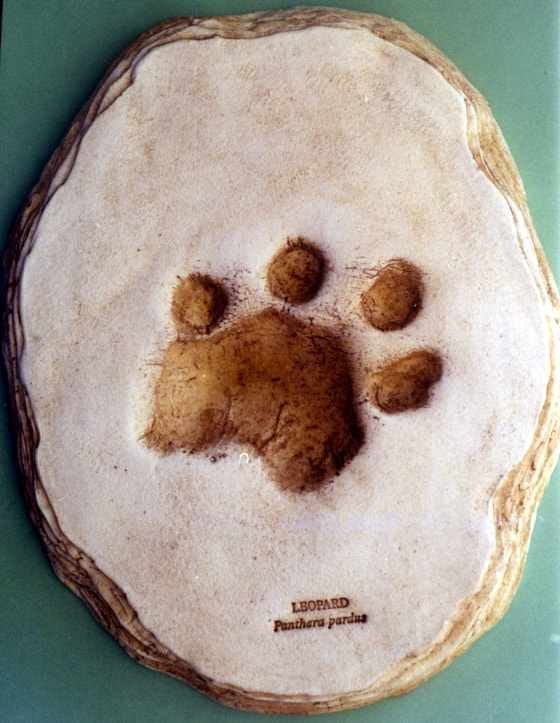 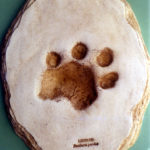 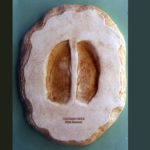 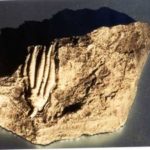 African Leopard Footprint Cast Tracks are an invaluable asset to science teachers, naturalists and zoos. African Leopard Footprint Cast measures 22 x 18 cm. These educational plaques, made of extremely durable plastic, are actually cast from the authentic footprints left behind by each animal described. Our precise footprint can be used as a teaching tool, museum footprint exhibit, home decor footprint, or office decor footprint.

The African leopard or Panthera pardus pardus is the nominate subspecies of the leopard, native to many countries in Africa. It is widely distributed in most of sub-Saharan Africa, but the historical range has been fragmented in the course of habitat conversion. Leopards have been recorded in North Africa as well.

The African leopard or Panthera pardus pardus exhibits great variation in coat color, depending on location and habitat. Coat color varies from pale yellow to deep gold or tawny, and sometimes black, and is patterned with black rosettes while the head, lower limbs and belly are spotted with solid black. Male leopards are larger, averaging 130 lbs. with 201 lbs. being the maximum weight attained by a male. Females weigh about 77 to 88 lbs. on average.

The African leopard or Panthera pardus pardus has an exceptional ability to adapt to changes in prey availability, and has a very broad diet. It takes small prey where large ungulates are less common. The known prey of African leopard or Panthera pardus pardus ranges from dung beetles to adult elands, which can reach 2,000 lbs. In sub-Saharan Africa, at least 92 prey species have been documented in leopard scat, including rodents, birds, small and large antelopes, hyraxes, hares, and arthropods.

African leopard or Panthera pardus pardus generally focus their hunting activity on locally abundant medium-sized ungulates in the 44 to 176 lbs. range, while opportunistically taking other prey. Average intervals between ungulate kills range from seven to 12 to 13 days. Leopards often hide large kills in trees, a behavior for which great strength is required. There have been several observations of African leopard or Panthera pardus pardus hauling carcasses of young giraffes, estimated to weigh up to 276 lbs.