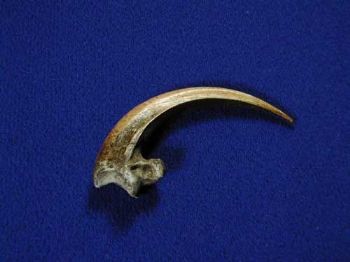 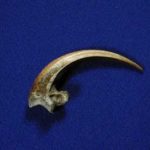 American badger or Taxidea taxus is a North American badger is found in the western and central United States, northern Mexico, and south central Canada to certain areas of southwestern British Columbia.

The American badger or Taxidea taxus has most of the general characteristics common to badgers; with stocky and low slung bodies with short, powerful legs, they are identifiable by their huge fore claws (measuring up to 5 cm in length) and distinctive head markings. Measuring generally between 23.5 and 29.5 in. in length.

The American badger or Taxidea taxus habitat is typified by open grasslands with available prey (such as mice, squirrels, and groundhogs). The species prefers areas such as prairie regions with sandy loam soils where it can dig more easily for its prey.

American badgers or Taxidea taxus possess morphological characteristics that enables them to be good fossorial specialists such as a conical head, bristles on the ears and nictitating membranes in the eyes. American badgers have powerful forelimbs. They also possess a strong humerus and large bony processes for the attachment of muscles. The mechanical advantage in badger forelimbs is increased by the specialized olecranon process and bones such as the radius and metacarpals.

American badgers or Taxidea taxus measuring generally between 23.5 and 29.5 in. in length, males of the species are slightly larger than females. They may attain an average weight of roughly 14 to 16 lbs. for females and up to 19 lbs. for males. In the fall, when food is plentiful, adult male badgers can reach up to 25 to 33 lbs. In some northern populations, females can average 21 lbs.