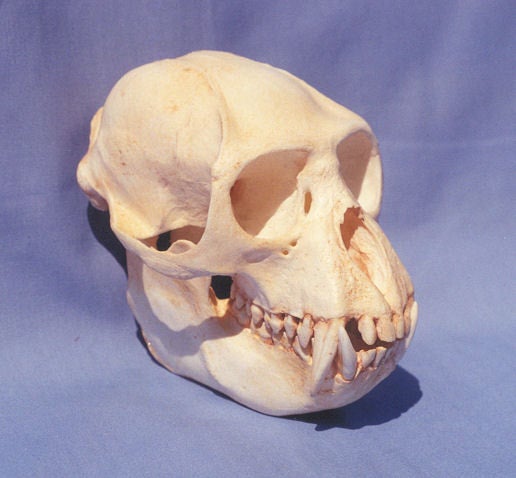 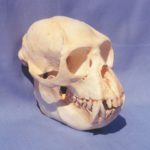 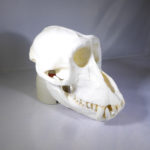 Crab-eating Macaque Monkey Skull
0 out of 5

The black colobus (Colobus satanas), or satanic black colobus, is a species of Old World monkey belonging to the genus Colobus. The species is found in a small area of western central Africa. Black colobuses are large, completely covered with black fur, and like all other Colobus monkeys, do not have a thumb. The species has faced large declines in population due to habitat destruction and hunting by humans, and was consequently listed as Vulnerable on the IUCN Red List in 1994.

Black colobus monkeys are herbivores and feed predominantly on seeds. Their robust, flat teeth allow them to chew tough seeds easily. This diet means that the species plays an important role as seed dispersers in the ecosystem. Black colobuses also eat large amounts of leaves, in particular lianas, as well as flowers, buds and unripe fruits. Unlike most primates, Colobus monkeys have multi-chambered ruminant stomachs which allow them to easily digest these leaves.