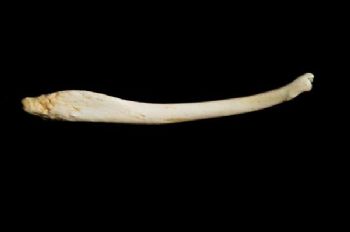 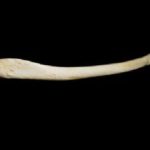 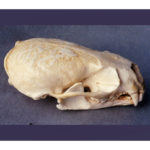 Sea Otter Skeleton Replica
0 out of 5
( There are no reviews yet. )

The California sea otter or Enhydra lutris nereis is a highly intelligent, playful, and inquisitive mammal. It is most famous for swimming on its back and using stones as tools to break open the hard shells of mollusks. Endangered because of its thick fur, this now protected relative of the mink is returning to stable population levels.

The California sea otter or Enhydra lutris nereis does not have blubber and relies on its exceptionally thick fur to keep warm. With up to 150,000 strands of hair per square centimeter (nearly one million per sq in), its fur is the densest of any animal. The fur consists of long, waterproof guard hairs and short underfur; the guard hairs keep the dense underfur layer dry.

Cold water is kept completely away from the California sea otter or Enhydra lutris nereis skin and heat loss is limited. The fur is thick year-round, as it is shed and replaced gradually rather than in a distinct molting season.

As the ability of the guard hairs to repel water depends on utmost cleanliness, the California sea otter or Enhydra lutris nereis has the ability to reach and groom the fur on any part of its body, taking advantage of its loose skin and an unusually supple skeleton. The coloration of the pelage is usually deep brown with silver-gray speckles, but it can range from yellowish or grayish brown to almost black. In adults, the head, throat, and chest are lighter in color than the rest of the body.

Fossil evidence indicates the Enhydra lineage nereis became isolated in the North Pacific approximately 2 million years ago, giving rise to the now-extinct Enhydra macrodonta and the modern sea otter, Enhydra lutris. The modern sea otter evolved initially in northern Hokkaidō and Russia, and then spread east to the Aleutian Islands, mainland Alaska, and down the North American coast.