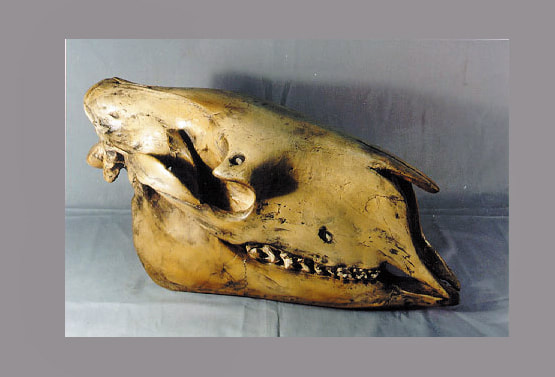 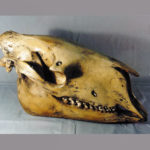 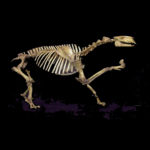 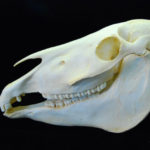 Przewalskis Horse Skull Replica
0 out of 5
( There are no reviews yet. )

Chalicotheres Moropus Elatus are an extinct clade of herbivorous, odd-toed ungulate (perissodactyl) mammals that lived in North America, Eurasia, and Africa from the Middle Eocene until the Early Pleistocene, existing from 46.2 mya to 781,000 years ago.

Unlike modern perissodactyls, Chalicotheres Moropus Elatus had clawed feet. They had longer forelimbs and shorter hind limbs, lower incisors that cropped food against a toothless pad in the upper jaw, low-crowned molar teeth, and were browsers on trees and shrubs throughout their history. They evolved in two different directions, which became separate subfamilies, the Schizotheriinae and the Chalicotheriinae.

Schizotherine chalicotheres such as Moropus lived in a variety of forest, woodland, and savannah habitats in Asia, Africa, and North and Central America. They developed long necks and skull adaptations that suggest they had long, extensible tongues to reach, like those of giraffes. Strong hindlimbs and an elongated pelvis suggest they could have reared upright as modern goats do, and used their front claws to pull branches within reach of the tongue. The claws were retractable, and they walked normally on the bottom of the foot. Studies of tooth wear suggest they ate leaves, twigs, fruit, and bark.

Chalicothere Moropus Elatus fossils are uncommon even in areas where other taxa of similar size are well-preserved, which suggests they were mostly solitary animals, and unlike horses, rhinos, and brontotheres, never evolved species that lived in herds.

Only two species of Chalicothere Moropus Elatus are known from complete skeletons, the schizotheriine Moropus from the early Miocene of North America, and the chalicotheriine Anisodon from the middle Miocene of Europe. Fossils of other species range from very fragmentary to moderately complete. Chalicotheres ranged in size from an antelope to a large draft horse.