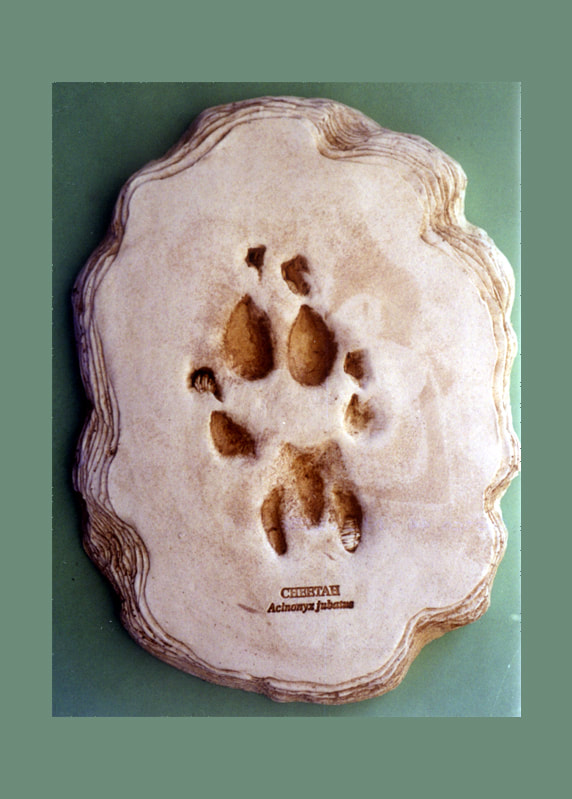 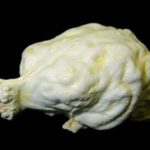 Cheetah Footprint Cast Replica Animal Tracks are an invaluable asset to science teachers, naturalists and zoos. These educational plaques, made of extremely durable plastic, are actually cast from the authentic footprints left behind by each animal described.

The cheetah or Acinonyx jubatus is a large cat of the subfamily Felinae that occurs in North, Southern and East Africa, and a few localities in Iran. It inhabits a variety of mostly arid habitats like dry forests, scrub forests, and savannahs. The cheetah or Acinonyx jubatus is IUCN Red Listed as Vulnerable, as it suffered a substantial decline in its historic range in the 20th century due to habitat loss, poaching for the illegal pet trade, and conflict with humans. By 2016, the global cheetah population has been estimated at approximately 7,100 individuals in the wild. Several African countries have taken steps to improve cheetah conservation measures.

More gregarious than many other cats, the cheetah or Acinonyx jubatus has three main social groups, the females and their cubs, male “coalitions” and solitary males. While females lead a nomadic life searching for prey in large home ranges, males are more sedentary and may instead establish much smaller territories in areas with plentiful prey and access to females. The cheetah or Acinonyx jubatusis active mainly during the day and hunting is its major preoccupation, with peaks during dawn and dusk. It feeds on small to medium sized prey, mostly weighing under 88 lbs., and prefers medium-sized ungulates such as impala, springbok and Thomson’s gazelles. The cheetah or Acinonyx jubatus will typically stalk its prey to within 200 to 230 ft., charge towards it, trip it during the chase and bite its throat to suffocate it to death.

Breeding occurs throughout the year; after a gestation of nearly three months a litter of typically three to five cubs is born; cheetah cubs are highly vulnerable to predation by other large carnivores such as hyenas and lions. Weaning happens at around four months, and cubs are independent by around 20 months of age.