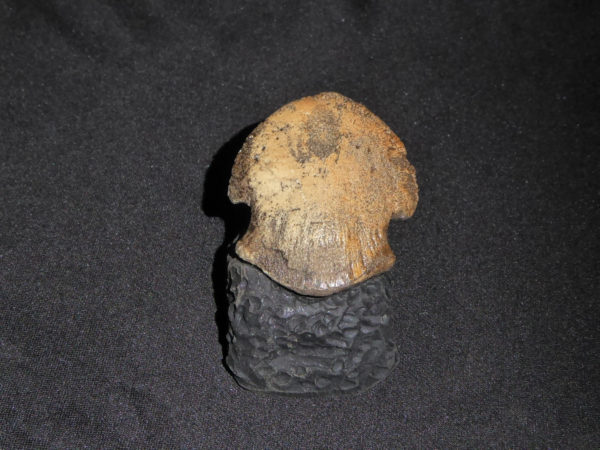 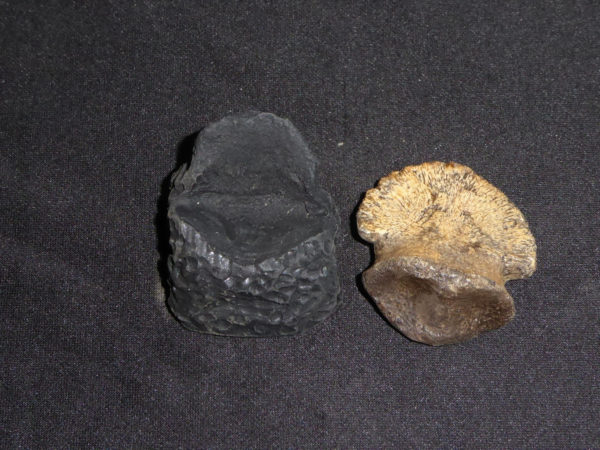 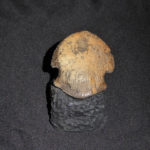 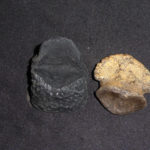 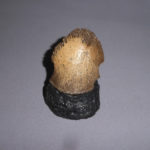 Edmontosaurus Toe Hoof Replica
0 out of 5

The skull and skeleton of Edmontosaurus annectens are well-known. Edward Drinker Cope estimated the length of one specimen as about 29 feet long, with a skull 3.87 feet long.

The skull of Edmontosaurus annectens is known for its long, wide muzzle. The skull was longer and lower proportionally than in any other known hadrosaurid. The toothless portion of the anterior mandible was relatively longer than in any hadrosaur. The extreme length and breadth did not appear until an individual reached maturity, so many specimens lack the distinctive shape. The bones surrounding the large openings for the nostrils formed deep pockets around the openings.

The eye sockets were rectangular and longer front to back than top to bottom, although this may have been exaggerated by postmortem crushing. The skull roof was flat and lacked a bony crest, and the quadrate bone that formed the articulation with the lower jaw was distinctly curved. The lower jaw was long and straight, lacking the downward curve and possessing a heavy ridge running its length. The predentary was wide and shovel-like. The ridge on the lower jaw may have reinforced the long, slender structure.