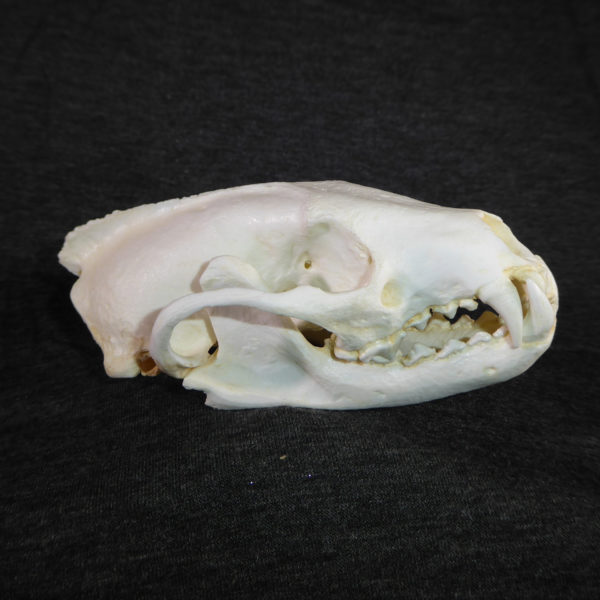 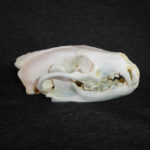 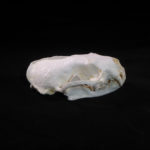 American Mink Skull Replica
0 out of 5
( There are no reviews yet. )

Fisher Martes Male Skull measures 4.9 inches. Fisher Martes Male Skull is museum quality polyurethane cast. Made in USA. Pekania pennanti is the scientific name. California Academy of Sciences Specimen. Our percise skull can be used as a teaching tool, museum skull exhibit, home decor skull, or office decor skull.
The Fisher Martes or Pekania pennanti is a small carnivorous mammal native to North America. It is a member of the mustelid family (commonly referred to as the weasel family) and a part of the marten genus. The Fisher Martes or Pekania pennanti is a forest-dwelling creature whose range covers much of the boreal forest in Canada to the northern United States. Names derived from aboriginal languages include pekan, pequam, wejack, and woolang. It is also called a fisher cat, although it is not a feline.

The Fisher Martes or Pekania pennanti prefers to hunt in full forests. They are an agile climber, it spends most of its time on the forest floor, where it prefers to forage around fallen trees. An omnivore, the fisher feeds on a wide variety of small animals, fruits and mushrooms. It prefers the snowshoe hare and is one of the few animals able to prey successfully on porcupines. Despite its common name, it rarely eats fish.

The Fisher Martes or Pekania pennanti have five toes on each foot, with unsheathed, retractable claws. Their feet are large, making it easier for them to move on top of snow packs. They have four central pads on each foot. On the hind paws are coarse hairs that grow between the pads and the toes, giving them added traction when walking on slippery surfaces.

The Fisher Martes or Pekania pennanti have highly mobile ankle joints that can rotate their hind paws almost 180 degrees, allowing them to maneuver well in trees and climb down head-first. The fisher is one of relatively few mammalian species with the ability to descend trees head-first.