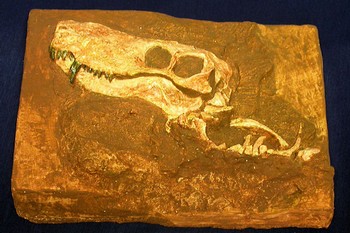 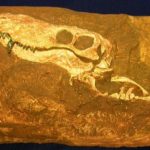 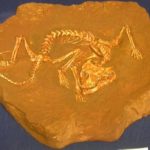 Gorgonopsia is an extinct clade of non-mammalian synapsids from the Permian period. Gorgonopsians were quadrupedal predators with prominent canine teeth, and the largest species were the apex predators of their ecosystems. Like other non-mammalian synapsids, gorgonopsians were once described as “mammal-like reptiles”, due to their mix of mammalian and reptilian traits. However, this description is no longer considered accurate as they are not reptiles. Rather, as therapsids, they are closely related to mammals. Gorgonopsian fossils have been found in Russia and Africa.

Gorgonopsians are the most morphologically homogeneous of the major therapsid clades. A distinctive feature of gorgonopsians is the large size of their canine teeth, which has led them to be compared to saber-toothed cats, though they have few other similarities. In the majority of gorgonopsians, only the incisors and canines were large; the postcanine teeth were reduced in both size and number, to the point where one genus, Clelandina, had no postcanine teeth at all.

The dentition of Gorgonopsia was intermediate between that of earlier amniotes and that of mammals. It was strongly heterodont, with distinct incisors, canines, and postcanine teeth; the postcanine teeth are homologous to the premolars and molars of mammals. Unlike mammals, however, gorgonopsians were polyphyodont, with teeth replaced multiple times throughout their lifetime. The postcanine teeth were replaced more slowly than the other teeth. In gorgonopsians the upper canines had an unusual pattern of replacement. There were two canine alveoli in each maxilla, but only one functional tooth at a time on each side; one alveolus would bear a functional tooth while the other was growing a new one.