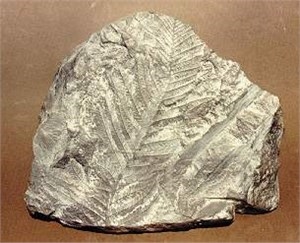 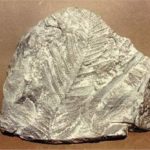 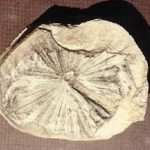 Crinoid Parisangulocrinus Replica
0 out of 5
( There are no reviews yet. )

The earliest fossil evidence for plants of this type is the genus Elkinsia of the late Devonian age. They flourished particularly during the Carboniferous and Permian periods. Pteridosperms declined during the Mesozoic Era and had mostly disappeared by the end of the Cretaceous Period, though some pteridosperm-like plants seem to have survived into Eocene times, based on fossil finds in Tasmania.

Their discovery attracted considerable attention at the time, as the pteridosperms were the first extinct group of vascular plants to be identified solely from the fossil record. In the 19th century the Carboniferous Period was often referred to as the “Age of Ferns” but these discoveries during the first decade of the 20th century made it clear that the “Age of Pteridosperms” was perhaps a better description.

With regard to the enduring value of the division, many palaeobotanists still use the pteridosperm grouping in an informal sense to refer to the seed plants that are not angiosperms, coniferoids (conifers or cordaites), ginkgophytes or cycadophytes (cycads or bennettites). This is particularly useful for extinct seed plant groups whose systematic relationships remain speculative, as they can be classified as pteridosperms with no valid implications being made as to their systematic affinities. Also, from a purely curatorial perspective the term pteridosperms is a useful shorthand for describing the fern-like fronds that were probably produced by seed plants, which are commonly found in many Palaeozoic and Mesozoic fossil floras.