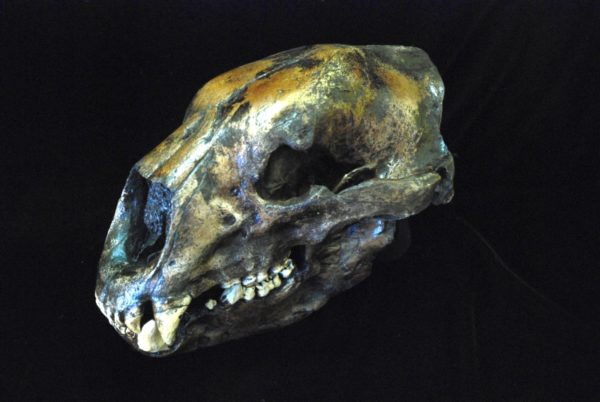 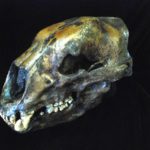 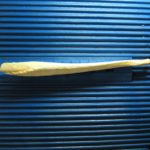 Kodiak Grizzy Bear Baculum
0 out of 5

The short faced bear is an extinct bear genus that inhabited North America during the Pleistocene epoch from about 1.8 Mya until 11,000 years ago. It was the most common tremarctine bear in North America and many of its fossils have been found in the La Brea tar pits in southern California. There are two recognized species: the lesser short-faced bear (Arctodus pristinus) and the giant short-faced bear (Arctodus simus), with the latter considered to be one of the largest known terrestrial mammalian carnivores that has ever existed. It has been hypothesized that their extinction coincides with the Younger Dryas period of global cooling commencing around 10,900 BC.

These species appear to have a disproportionately short snout compared to most modern bears, giving them the name “short faced.” This apparent shortness is an illusion caused by the deep snouts and short nasal bones of tremarctine bears compared with ursine bears; Arctodus has a deeper but not a shorter face than most living bears. This characteristic is also shared by the only living tremarctine bear, the spectacled bear. The scientific name of the genus, Arctodus, derives from Greek, and means “bear tooth”.

The short faced bears belong to a group of bears known as the Tremarctinae, which appeared in North America during the earliest parts of the late Miocene epoch in the form of Plionarctos, a genus considered ancestral to Arctodus. During the Great American Interchange that followed the joining of North and South America, tremarctines invaded South America, leading to the evolution of Arctotherium and the modern spectacled bear (Tremarctos ornatus). Although the early history of Arctodus is poorly known, it evidently became widespread in North America by the Kansan age about 800,000 years ago.