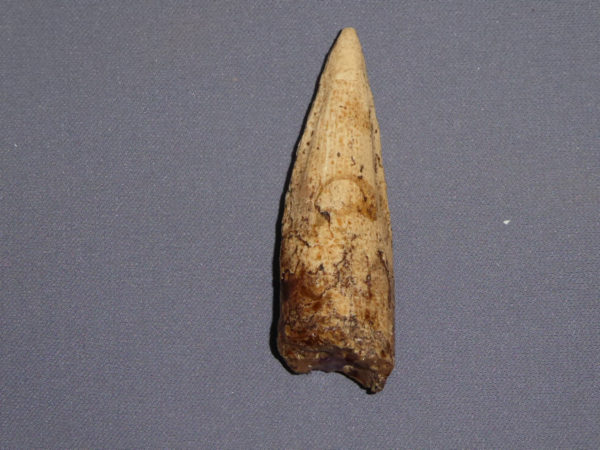 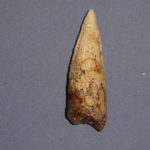 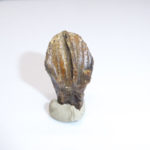 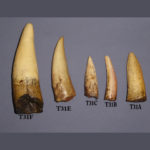 Spinosaurus Tooth Fossil Replicas
0 out of 5

The dinosaurs skull had a narrow snout filled with straight conical teeth that lacked serrations. There were six or seven teeth on each side of the very front of the upper jaw, in the premaxillae, and another twelve in both maxillae behind them. The second and third teeth on each side were noticeably larger than the rest of the teeth in the premaxilla, creating a space between them and the large teeth in the anterior maxilla; large teeth in the lower jaw faced this space.  Spinosaurus aegyptiacus tip of the snout holding those few large anterior teeth was expanded, and a small crest was present in front both of the eyes.

Spinosaurus aegyptiacus is known to have eaten fish, and most scientists believe that it hunted both terrestrial and aquatic prey; evidence suggests that this extinct dinosaur lived both on land and in water as a modern crocodilian does. The distinctive spiky spines of Spinosaurus aegyptiacus, which were long extensions of the vertebrae, grew to at least 1.65 meters 5.4 feet long and were likely to have had skin connecting them, forming a sail like structure.