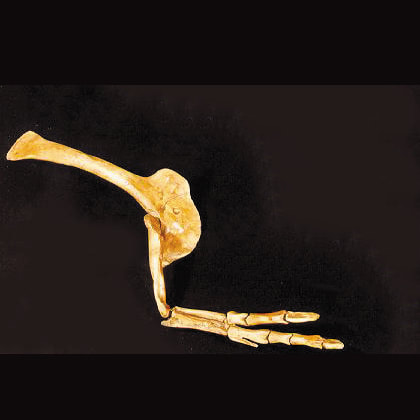 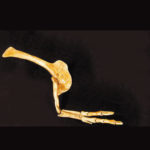 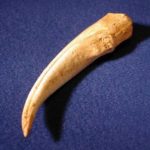 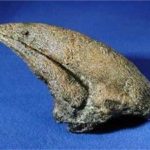 Daspletosaurus Dinosaur Claw Replica
0 out of 5
( There are no reviews yet. )

Albertosaurus sarcophagus meaning “Alberta lizard” is a genus of tyrannosaurid theropod dinosaurs that lived in western North America during the Late Cretaceous Period, about 70 million years ago.

As a tyrannosaurid, Albertosaurus sarcophagus was a bipedal predator with tiny, two-fingered hands and a massive head that had dozens of large, sharp teeth. It may have been at the top of the food chain in its local ecosystem. While Albertosaurus sarcophagus was large for a theropod, it was much smaller than its larger and more famous relative Tyrannosaurus rex, growing nine to ten meters long and possibly weighing less than 2 metric tons.

The hind limbs were long and ended in a four-toed foot on which the first digit, called the hallux, was short and did not reach the ground. The third digit was longer than the rest. Albertosaurus may have been able to reach walking speeds of 8 to 13 mph. At least for the younger individuals, a high running speed is plausible.

Two skin impressions from Albertosaurus sarcophagus are known, both showing scales. One patch is found with some gastralic ribs and the impression of a long, unknown bone, indicating that the patch is from the belly. The scales are pebbly and gradually become larger and somewhat hexagonal in shape.

Since the first discovery in 1884, fossils of more than 30 individuals have been recovered, providing scientists with a more detailed knowledge of Albertosaurus anatomy than is available for most other tyrannosaurids. The discovery of 26 individuals at one site provides evidence of pack behavior and allows studies of ontogeny and population biology, which are impossible with lesser-known dinosaurs.