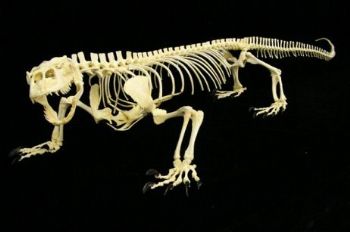 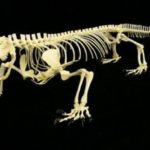 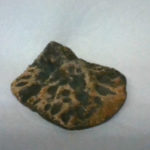 Alligator Osteoderm Replica
0 out of 5
( There are no reviews yet. )

Varanus komodoensis, also known as the Komodo Monitor Lizards are found in the Indonesian islands of Komodo, Rinca Flores and Gili Motang. The Komodo Dragon Skeleton for sale ships in three sections, head, body and tail.

Komodo dragons are the largest living lizards in the world. They are identified by their massive size, flat heads, bowed legs and long, thick tails. The name comes from rumors that a dragon-like creature lived on the Indonesian island of Komodo. Komodo dragons are carnivores, meaning they eat meat. They are such fierce hunters they can eat very large prey, such as large water buffalo, deer, carrion, pigs and even humans. They will also eat smaller dragons.

The Komodo has a unique way of killing its prey. First, it springs up and knocks the prey over with its huge feet. Then they use their sharp, serrated teeth and pull chunks of flesh off their prey and swallow it whole.

It is the largest extant species of lizard, growing to a maximum length of 3 meters (10 ft) in rare cases and weighing up to approximately 70 kilograms (150 lb).

Its unusually large size has been attributed to island gigantism, since no other carnivorous animals fill the niche on the islands where it lives. However, recent research suggests the large size of Komodo dragons may be better understood as representative of a relict population of very large varanid lizards that once lived across Indonesia and Australia, most of which, along with other megafauna, died out after the Pleistocene as a result of human activity. Fossils very similar to V. komodoensis dating to more than 3.8 million years ago have been found in Australia, and its body size has remained stable on Flores over the last 900,000 years.

As a result of their size, these lizards dominate the ecosystems in which they live. Komodo dragons hunt and ambush prey including invertebrates, birds, and mammals. It has been claimed that they have a venomous bite; there are two glands in the lower jaw which secrete several toxic proteins. The biological significance of these proteins is disputed, but the glands have been shown to secrete an anticoagulant. Komodo dragons’ group behavior in hunting is exceptional in the reptile world. The diet of big Komodo dragons mainly consists of Timor deer, though they also eat considerable amounts of carrion. Komodo dragons also occasionally attack humans.