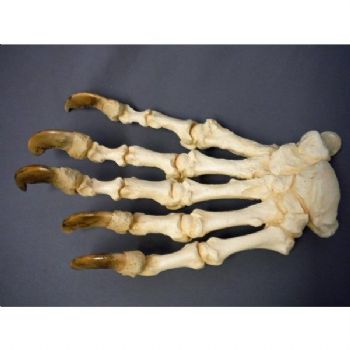 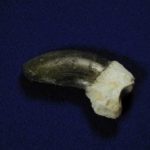 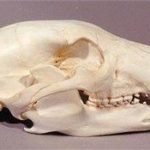 American Black Bear Skull
0 out of 5
( There are no reviews yet. )

The polar bear (Ursus maritimus) is a hyper carnivorous bear whose native range lies largely within the Arctic Circle, encompassing the Arctic Ocean, its surrounding seas and surrounding land masses. It is a large bear, approximately the same size as the omnivorous Kodiak bear. Polar bears hunt their preferred food of seals from the edge of sea ice, often living off fat reserves when no sea ice is present.

Because of their dependence on the sea ice, polar bears are classified as marine mammals. Historically, the polar bear has also been known as the white bear. Polar Bears are sometimes referred to as the nanook, based on the Inuit term nanuq.

The polar bear is a marine mammal because it spends many months of the year at sea. The Polar Bear is the only living marine mammal with powerful, large limbs and feet that allow them to cover kilometres on foot and run on land. Its preferred habitat is the annual sea ice covering the waters over the continental shelf and the Arctic inter-island archipelagos. These areas, known as the “Arctic ring of life”, have high biological productivity in comparison to the deep waters of the high Arctic.

The polar bear tends to frequent areas where sea ice meets water, such as polynyas and leads (temporary stretches of open water in Arctic ice), to hunt the seals that make up most of its diet. Freshwater is limited in these environments because it is either locked up in snow or saline. Polar bears are able to produce water through the metabolism of fats found in seal blubber, and are therefore found primarily along the perimeter of the polar ice pack, rather than in the Polar Basin close to the North Pole where the density of seals is low.