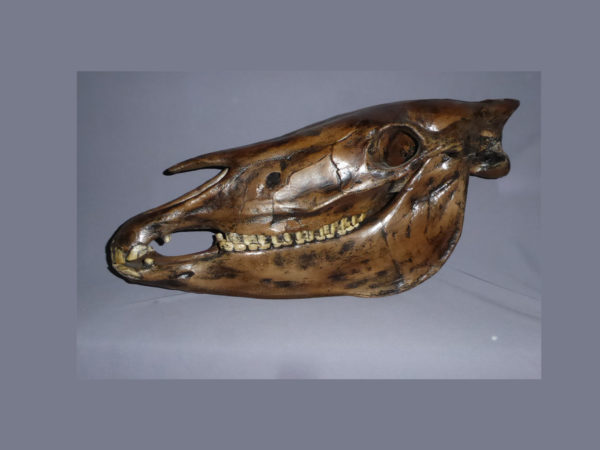 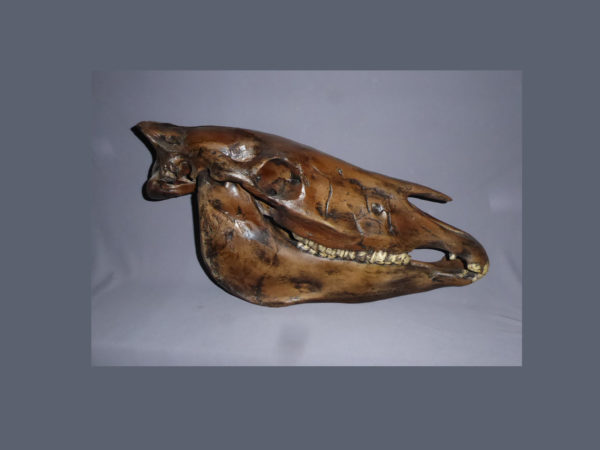 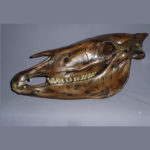 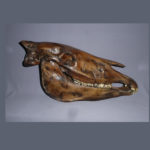 Western Horse Tooth Replica
0 out of 5

Equus occidentalis or the Western horse, was a Pleistocene species of horse, now extinct, that inhabited North America.

This species represents the larger end of the prehistoric horse spectrum. The Western horse or Equus occidentalis was about the size of a mustang, weighing up to 519 kilograms (1,144 lb). It was a stoutly built animal and resembled the extinct quagga or the modern plains zebra, although it was not a close relative to either of these.

The Ice Age was rough for the inhabitants of North America and it’s end brought on a mass extinction of many different animal species. This included all of the different horse species found there. Luckily some of them made their way across to Asia and Europe to later become the horses we know today. As many as 200 well preserved horse fossils have been found at the Rancho La Brea Tar Pits in LA and some of them are on display at the Page Museum.