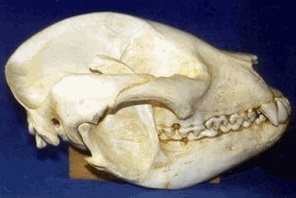 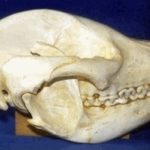 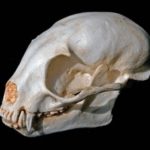 The Giant panda or Ailuropoda melanoleuca, also known as panda bear is a bear native to south central China. In general, A. melanoleuca or Giant Panda has a round head, stocky body, and short tail. The shoulder height is 65 to 70 cm.

The Giant panda or Ailuropoda melanoleuca is well-known for its distinctive black and white markings. The limbs, eyes, ears, and shoulders are all black and the rest of the body is white. In some areas the black actually has a chestnut-red tinge. The dark markings around the eyes may be the reason for these animals’ popularity giving them a wide-eyed, juvenile appearance.

An enlarged shoulder and neck region along with a smaller back end gives giant pandas or Ailuropoda melanoleuca an ambling gait. Giant pandas also have several adaptations to the skull. They have a large sagittal crest that has become wider and deeper resulting in powerful jaws. The molars and premolars are wider and flatter than other bears’ and they have developed extensive ridges and cusps in order to grind tough bamboo.

A notable feature of the Giant panda or Ailuropoda melanoleuca is an extra, opposable digit on the hand known as “the panda’s thumb.” This digit is not actually a thumb but a pad of skin overlying a radial sesamoid structure (wrist bone).

Unlike many other bears, A. melanoleuca does not hibernate. However, it will descend to lower elevations during the winter. Giant pandas do not build permanent dens but rather take shelter in trees and caves. They are primarily terrestrial, though good climbers and capable of swimming. The Giant panda or Ailuropoda melanoleuca is mainly solitary except for the breeding season. Mother pandas play with their cubs, but not just to appease the young. Some mothers have actually woken the infant to start to play.

The Giant Panda can be found in China Sichuan Providence in dense montane bamboo forests.