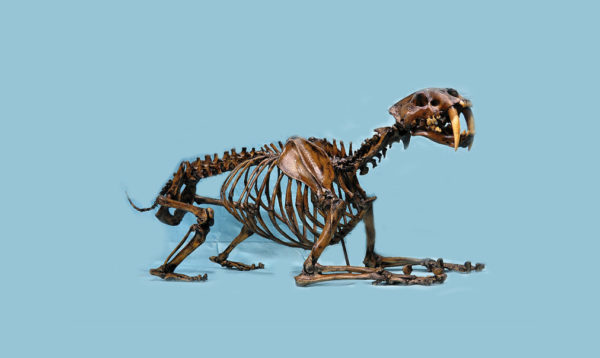 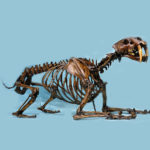 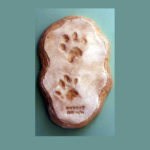 Bobcat Baby Footprints Replica
0 out of 5

Smilodon fatalis lived in the Americas during the Pleistocene epoch and was a large feline carnivore of Pleistocene North America.

Smilodon fatalis was around the size of modern lions, but was more robustly built. It had a reduced lumbar region, high scapula, short tail, and broad limbs with relatively short feet.

Smilodon fatalis is most famous for its relatively long canine teeth, which are the longest found in the saber-toothed cats, at about 11 in. long in the largest species, S. populator. The canines were slender and had fine serrations on the front and back side. The upper incisors were large, sharp, and slanted forwards. There was a gap between the incisors and molars of the mandible. The lower incisors were broad, recurved, and placed in a straight line across.

The skull was robustly proportioned and the muzzle was short and broad. The cheek bones were deep and widely arched, the sagittal crest was prominent, and the frontal region was slightly convex. The mandible had a flange on each side of the front.

Many of their food sources were large mammals such as elephants, rhinos, and other colossal herbivores of the era. The evolution of enlarged canines in Tertiary carnivores was a result of large mammals being the source of prey.