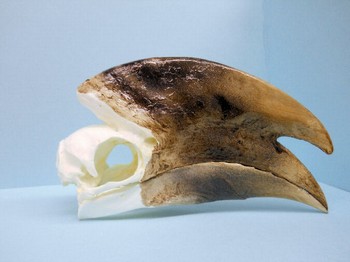 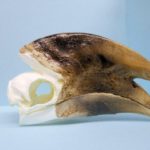 The vast majority of species in this group of birds are monogamous. After finding an adequate partner and the discovery of a suitable crack in a tree, the Bycanistes albotibialis begin forming a nest where the female enters in the living space and begins with the male carefully to close the cracks. Once the nest is closed with mud, leaves and other dry vegetation, the female is sealed in with only a small opening left. Through this opening, the male Bycanistes albotibialis feeds his partner, and in couple of weeks, he starts also to feed his newly hatched offspring.