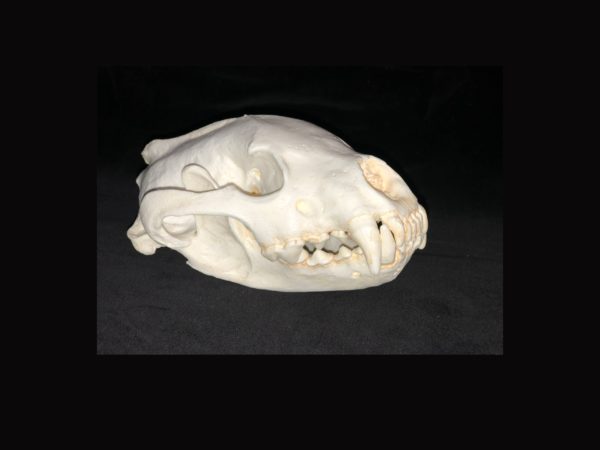 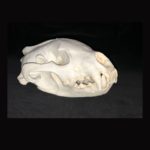 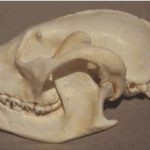 The wolverine or Gulo gulo is Latin for glutton, also referred to as the glutton, carcajou, skunk bear, or quickhatch, is the largest land-dwelling species of the family Mustelidae. It is a stocky and muscular carnivore, more closely resembling a small bear than other mustelids.

The wolverine or Gulo gulo is a solitary animal, has a reputation for ferocity and strength out of proportion to its size, with the documented ability to kill prey many times larger than itself.

The wolverine or Gulo gulo is found primarily in remote reaches of the Northern boreal forests and subarctic and alpine tundra of the Northern Hemisphere, with the greatest numbers in northern Canada, Alaska, the mainland Nordic countries of Europe, and throughout western Russia and Siberia. Its population has steadily declined since the 19th century due to trapping, range reduction and habitat fragmentation. The wolverine or Gulo gulo is now essentially absent from the southern end of its European range.

Wolverines or Gulo gulo are considered to be primarily scavengers. A majority of the wolverine’s sustenance is derived from carrion, on which it depends almost exclusively in winter and early spring. Wolverine or Gulo gulo may find carrion themselves, feed on it after the predator (often, a pack of wolves) has finished, or simply take it from another predator.

The wolverine or Gulo gulo have also been known to kill Canadian lynx in the Yukon of Canada. Wolverines often pursue live prey that are relatively easy to obtain, including animals caught in traps, newborn mammals, and deer (including adult moose and elk) when they are weakened by winter or immobilized by heavy snow. Their diets are sometimes supplemented by birds’ eggs, birds (especially geese), roots, seeds, insect larvae, and berries.